Prior to his election as District Attorney in November 2020, DA Brian Mason promised criminal justice reform would be a top priority within his administration. Since January 12, 2021, when DA Mason officially assumed office, he has taken steps to deliver on this promise.

District Attorney Mason has established priorities that he plans to weave into the work of his office to ensure the criminal justice system is operating in the best interest of the citizens of Adams and Broomfield Counties. Those priorities are to: 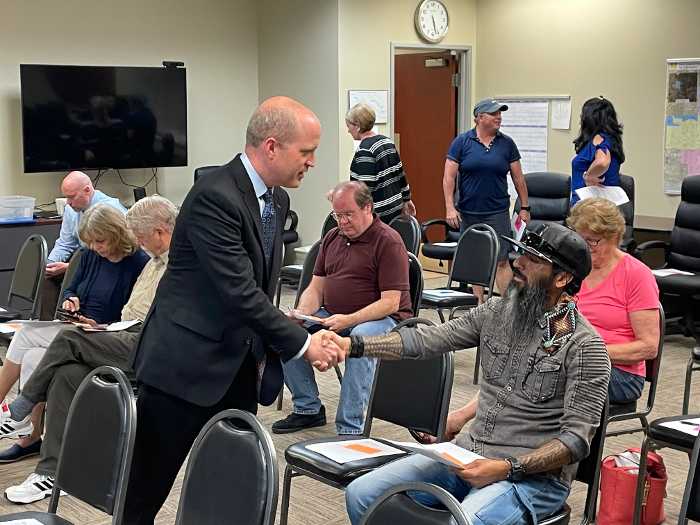 District Attorney Mason and the 17th Judicial District Attorney’s Office will utilize wisdom and judgment to differentiate between a defendant who poses a real threat to the community versus someone who made a mistake and needs some assistance in shifting the course of their life.

As part of the District Attorney’s Office’s efforts to enhance the criminal justice system and its operations, DA Brian Mason and fully acknowledge that racism, discrimination, and social injustice have permeated throughout the inner workings of the system. That is why DA Mason and his staff have established another list of priorities to address this issue:

HB21-1106 Safe Storage of Firearms
District Attorney Brian Mason was the only District Attorney in Colorado to testify in favor of this bill. HB21-1106 requires that firearms be responsibly and securely stored when they are not in use or not within the immediate control of an adult to prevent access by unsupervised juveniles and other unauthorized users. It was signed into law on April 19, 2021.

HB21-1016 Transfer Jurisdiction To Veteran's Speciality Court
District Attorney Brian Mason testified in favor of this bill that provides veterans who are convicted of crimes but are diagnosed with mental health issues, direct access to postconviction support otherwise only afforded to those whose cases reside in a jurisdiction with a designated Veterans’ Court. It was signed into law on June 7, 2021.

HB21-1068 Insurance Coverage Mental Health Wellness Exam and HB-1258 Rapid Mental Health Response for Colorado Youth
District Attorney Brian Mason and the 17th Judicial District Attorney's Office assisted in the passage of HB21-1068 during the 2021 legislative session. The law establishes a system where annual mental health exams are a routine benefit, like a physical exam, for all Coloradans. The historic passage of this bill made it a first-of-its-kind piece of legislation in the United States of America. It was signed into law on July 6, 2021. HB-1258 allocates funding and provides three free mental health sessions to young people during pandemic recovery. DA Mason continues to prioritize mental health within his administration, and his public support of this law was a continuation of this effort.